On the Cusp of Confirmation | the importance of oral history 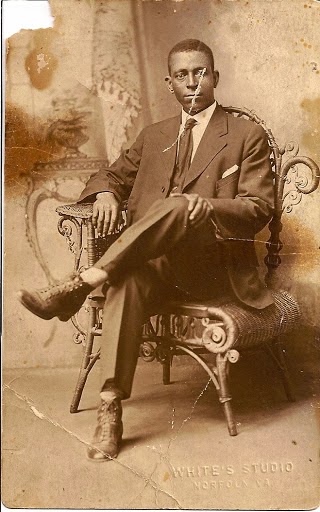 This guy here; such an enigma. Maybe he wasn't, back in the early 1900s, but he certainly is to me and my family.

Thankfully through research, analysis, guesswork and just plain luck (or the ancestors' guidance, as my AAGSAR friends like to say), I have been able to unravel the enigma just a bit.

But this week, I'm on the cusp of making a huge confirmation!

As I described in my very first post -- The First Mystery: Where it all began -- the origins and eventual whereabouts of my paternal great-grandfather has been a mystery to my family for many many years.

I believe I have identified the Garfield Cross (surprisingly, there are more than one) that was my great-grandfather, and know, generally, where he came from, and where he went after he left my family. But I'm only 99.98% sure. That's good enough for me, but my dad, he needs 100% confirmation.

So, short of someone taking a DNA test (still a possibility!), what is set to occur this weekend or early next week, should get us there.

To provide some context, the Garfield Cross I have identified as my potential great-grandfather, he had a wife and children prior to starting a family with marrying my great grandmother. On or about October 22, 1909, Garfield and Novella Simmons were married in Dallas Texas: 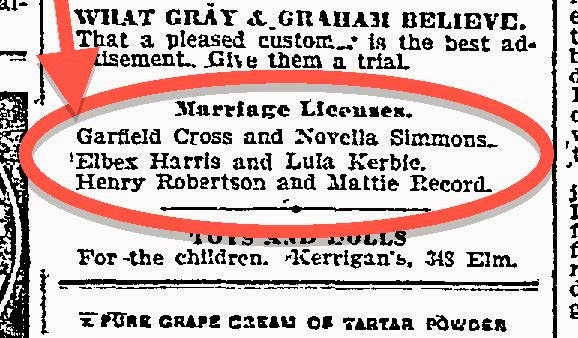 Some time after 1917 (the last time I can find him in any Texas records), Garfield left Texas and found his way to Virginia and, ultimately, my great-grandmother, Florence Herndon.

In the meantime, Novella - not one the let grass grow under her feat - moved on and remarried as well. While I haven't spent as much time detailing her life, by my count, she later married: Mr. Northington, John Wesley Williams Sr., Mr. Cellius (sp?), and Willard Rhodes. In all, Novella had between 12 and 15 children. The youngest of which was Gloria.

Well thank goodness that Novella continued to have children well past her prime, because Ms. Gloria is still living and we hope she has tons to share!  Most importantly, confirming that the photograph of Garfield Cross (above) that we have, is the same Garfield Cross that she met many many years ago. If so, we'll have our 100%.