A recent exciting DNA connection prompted me to write down what I know about the Anderson branch of my tree's migration from Calvert, Texas to Denver, Colorado. I stumbled upon this information during one of my periodic sweeps of newly digitized records. Ever thankful for relations with unique names -- in this case, Clarenda -- I was able to confirm that move and even add additional nodes to my tree.

As I've written about before, my great-great grandfather, Henry Garrison Cross (sometimes listed as Gaston Cross), was first married to a woman named Josephine Anderson (the mother of my great grandfather). What I haven't shared before is information about her family...because it was a mystery! But after reading every page of the 1880 census for Robertson County Texas, I made the reasonably logical leap that the only other Anderson family in Robertson County, who also happened to live in Calvert, and who also happened to be listed only a page after Garrison and Josephine (and thus likely lived in close proximity), more likely than not were Josephine's parents.

I don't love making assumptions like this, I far prefer cold hard evidence. But doing genealogical research on African Americans in the 1800s requires some manner of educated leaps if you're going to make any progress. I think this particular leap qualifies; moreover, I think my recent DNA connection actually provides the desired confirmation!


Here's what I know:

All of the above information about the children was taken from a combination of the 1870-1910 Censuses.

Where's Josephine, you may ask? That's a great question, and a gaping hole that I just realized. Well in 1870 she would have been about 7 years old. But she's not listed here with the family. I also don't find her listed anywhere in the county. In fact, in all of Texas, there are only 3 black Josephines that roughly fit my Josephine's profile. Only 1 of which is even reasonably close (~50 miles, Burleson County) to Calvert. And I can't track her or her family after 1870...

That said, Josephine and Garrison were married in Calvert. She was only 16 at the time. I think it's a fairly reasonable assumption that she was living in Calvert or nearby. And since I have no record of where Garrison and his family were in 1870, that may be all the confirmation I can get....or is it? (see below 🌝)

That's super consistent, so I feel more confident in the data. It could be that the census taker based the new information off the last census, but there is a difference in Clarenda's age. That said, the "28" in the 1870 census wasn't that clear, so it could have been a 23, although it looks more like a 25 if anything else. Next are the new additions to the family (and there are a number!) in the 10 years since the last census:

[Have I mentioned lately how incredibly troublesome and difficult it is to Af-Am genealogy that the 1890 census was destroyed!

This is how I "connected" the Dennis Anderson living near Garrison and Josephine to my tree.

But the title of this entire post is Colorado Connection....where does that great state come in?? 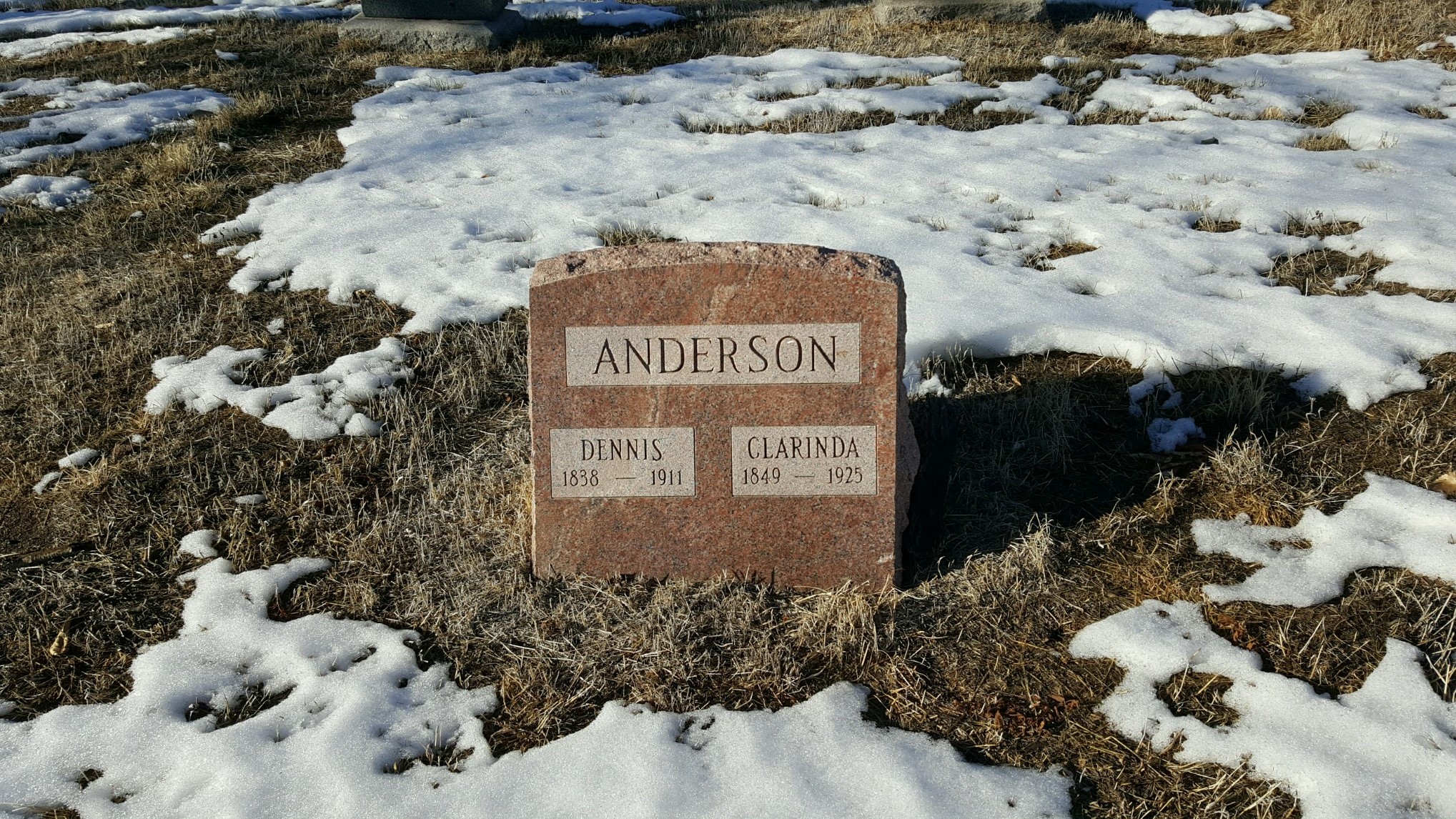 Clarinda passed away in December 1925 and was buried on December 20, 1925 in Denver, Colorado. Her remains are interred at Riverside Cemetery (Block 28 Lot 65 Section S 1/2).

I recognize the leap from Texas to Colorado is a big one (literally and figuratively). But I believe it's an educated one because I haven't been able to find Dennis-Clarinda combination anywhere else, Clarinda is a fairly unique name, the states of birth have some consistency from Texas to Colorado, and lastly Dennis-Clarinda disappeared from Texas the same time they appeared in Colorado (no overlap). The children are a bit all over the place, so let's recap and see if it makes sense:
This is all possible. But acknowledge more work needs to be done. I stumbled across the Blair-Caldwell African American Research Library in Denver. The have significant records, including obituaries from old newspapers that I've been unable to find on-line. They do provide the index and wonderfully there are obituaries for both Dennis and Clarinda. Fingers crossed that the obituaries shed light on this potential question one way or the other.