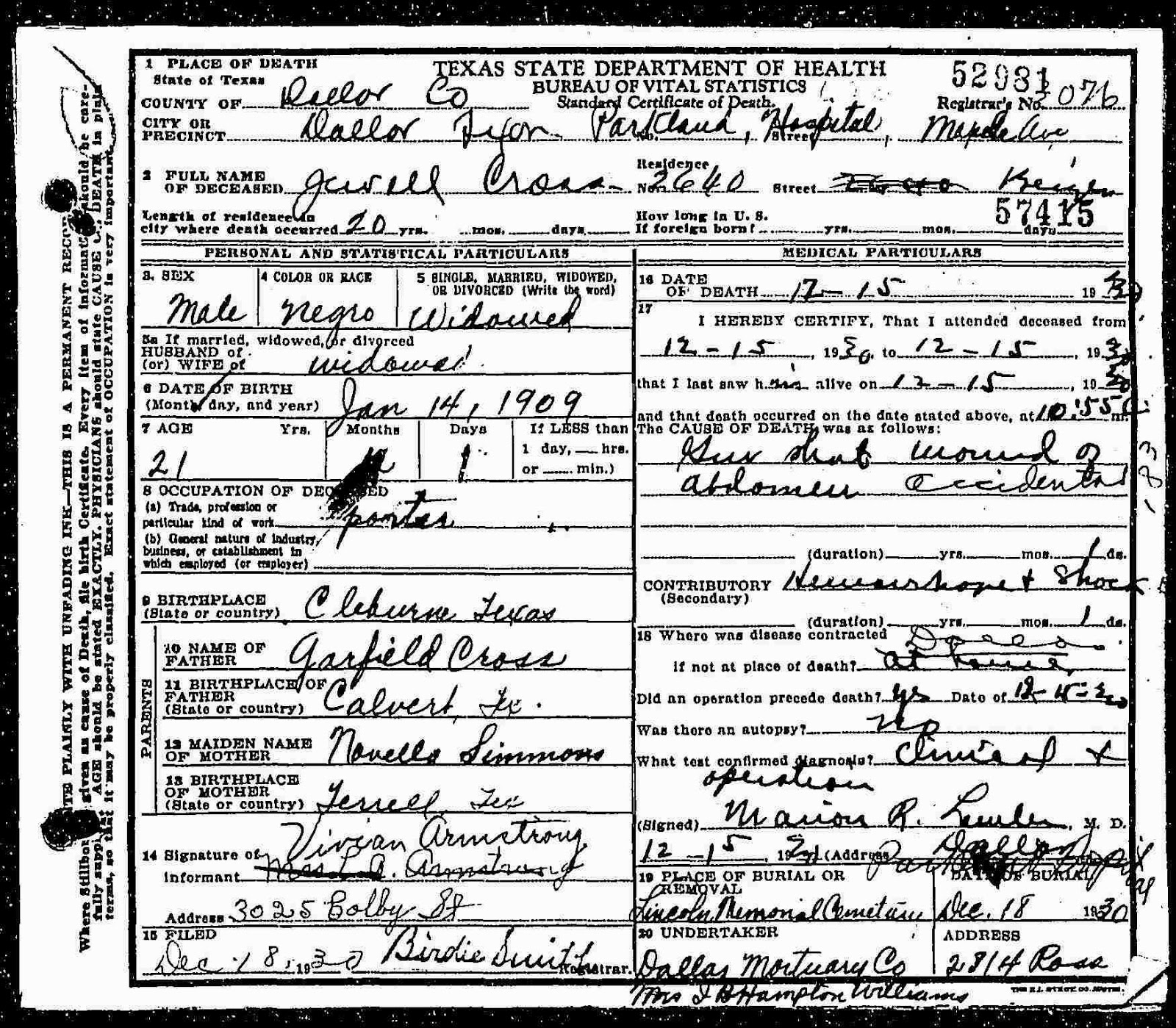 I don't know a lot about the early 1900s in Texas...accept what I see on TV. And if the entertainment industry has it right, it was a wild wild west, shoot'em up cowboy time.

What little I've uncovered about my distant Texas relatives confirms this image, because I've found at least three stories of death by gunshot, including this one.

My grand uncle Jewell was the eldest son of my great-grandfather Garfield Cross (and my grandfather's brother, but by another mother - née Novella Simmons). He barely lived to see his 21st birthday; dying from an "accidental" gun shot wound to the abdomen in Dallas, TX. He was rushed to the infamous Parkland Hospital and was eventually laid to rest in Lincoln Memorial Cemetery [still looking for his gravesite in case anyone is interested in helping :)]

Interestingly enough, at the ripe old age of 21 he was already a widower! Don't know yet what happened to his wife, Nellie Cross, but I wouldn't be surprised if it involved a gun. I also wonder if her death could have been related to his, because both she and Jewel appear in the 1930 census, which was taken on 8 April 1930 (just 8 months prior to his death).

I've combed the newspapers and looked for other evidence that might lead to me the answer to my question, but to no avail. I still would really like to know....Who shot J.C.?