A Church, a Cemetery and a Breakthrough in Williamston (Part 1)

After far too long on my to-do list, I finally crossed off visit Williamston/Jamesville from the list. Martin County is the focal point of the maternal-paternal-maternal branch of my tree. So spending time there, purely for genealogical purposes, was thrilling to me. (Special thanks to my wonderful hubby for indulging my "hobby" and traveling with me!)

The very first stop on my trip was the Griffin-Lanier cemetery, located right off of Highway 64 close to the border of Williamston and Jamesville. I didn't have that information when I arrived in town. I had been given general directions on where to find the cemetery, but they were more of what you might call "country directions" -- go about a mile and then turn left at old man Wilson's house, go over the hill until you see a row of tall trees and you can't miss it. Not particularly helpful to me.

But after a few phone calls, I was able to pinpoint the location a bit more precisely and found the 13 plots just a few hundred feet from the highway, next to some sort of storage building that appeared to be used at some point as lodging for someone. I have no idea who owns this land now, but that piece of research is now on my to-do list.

On this cold and rainy day, standing on the side of highway 64, I finally found what I'd been waiting years to see; the final resting place of two of my great-great grandparents:
The headstone was beautiful and elegant. I'm not sure what I was expecting, but I didn't expect this. If it hadn't been so cold and raining, and my time hadn't been limited, I would have worked to clean the headstone. But that too will have to go on my ever expanding to-do list (or find a service that will do it for me!).

As I stood there, I couldn't help but wonder, who was at the funerals, what was said about these two people? Who paid for the headstone and decided the design? There's just so much that I want to know about these two people, but for now I'll have to be content with the bits and pieces of information as they come to me. I also wondered, with a headstone like this (which I assume was quite costly) why didn't Joshua have a will like his father, or if he did, why can't I find it? All questions to be answered on another day.

As I mentioned there were quite a few additional graves in this family cemetery: 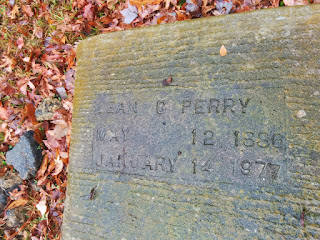 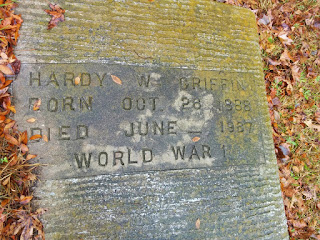 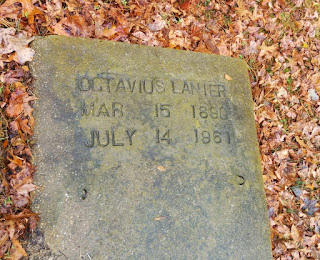 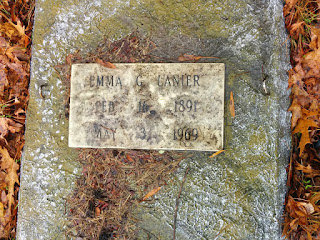 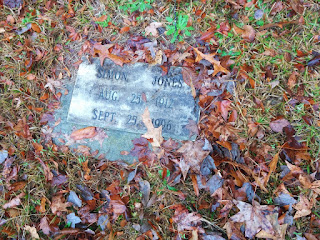 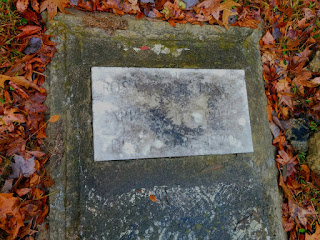 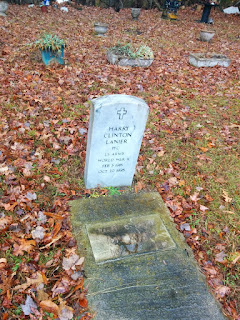 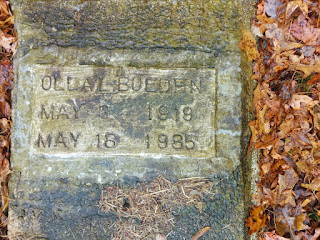 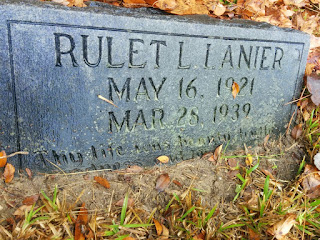 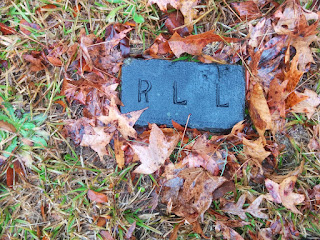 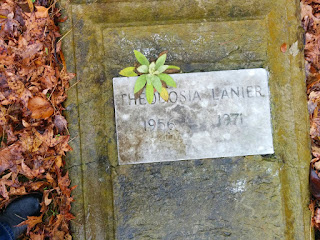 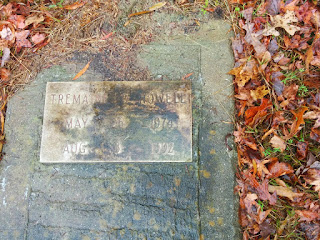 I know it's weird, but I love cemeteries. There's so much history there. Each head stone (or lack thereof) tells a story. I could spend hours wandering through larger cemeteries reading the headstones and wondering about the people who lived and ultimately died in that community -- the old ones and the very young ones; the wealthy and the poor; the mothers and fathers and grandparents; the veterans; and sometimes...even the pets!

I learned much more during my visit. More to come...